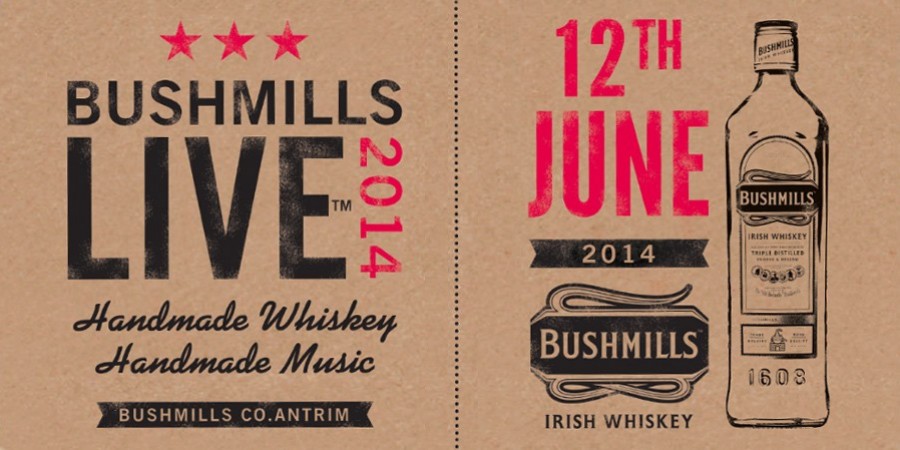 Tired Pony, the critically-acclaimed supergroup created by Snow Patrol's Gary Lightbody, were today confirmed to appear at the intimate 'Bushmills Live' festival on Ireland's north coast on June 12, 2014. It will be the band's first ever performance in Ireland.

'Bushmills Live 2014′ will be headlined by breakthrough British act 'The 1975′ with more acts still to be announced. Whiskey and music fans will be invited to the Old Bushmills Distillery on June 11-12 for the world's only festival of handcrafted whiskey and music in an Irish whiskey distillery. 700 festival-goers will witness emerging and iconic artists sharing the stage for a series of intimate gigs in age-old buildings, where the art of making whiskey has been perfected over centuries.

The 'money-can't-buy' festival tickets are not on general release. Instead, whiskey and music fans can win the chance of enjoying the unique Bushmills Live experience, to include flights and accommodation, by entering a draw at facebook.com/bushmills. The draw closes on April 28 (April 18 in Russia).

Bushmills Irish Whiskey Master Distiller Colum Egan said: "I'm delighted that Gary is coming back to the distillery along with Tired Pony. Tired Pony have had special guests perform with them in the past. Who knows who will turn up in June?

"This year's festival is shaping up to be the best yet. The combination of excellent whiskey, appreciated responsibly, among friends and great music can't be beaten. It's why we started Bushmills Live in the first place."