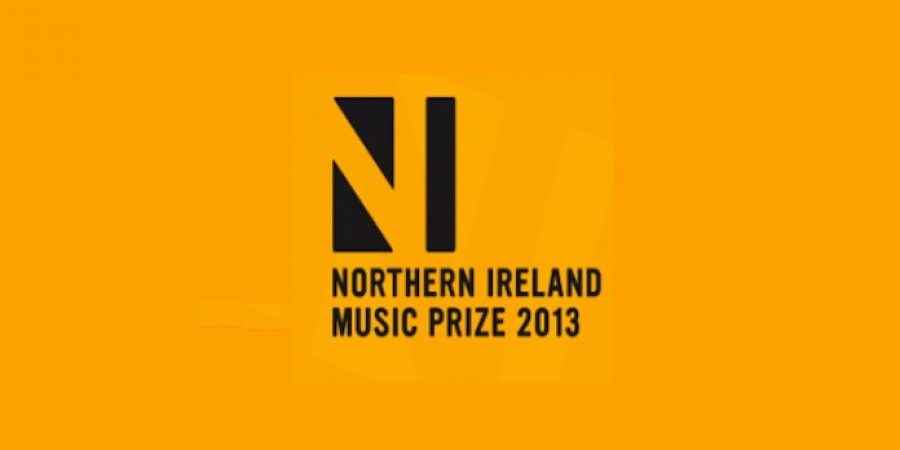 Firstly I'm delighted that Tired Pony have been nominated for the Northern Irish Music Prize. I am gutted that I'm not going to be there tonight to see who wins. Now let me make the case for everyone else but us on this fantastic and diverse list….

And So I Watch You From Afar - All Hail Bright Futures

Songs like Big Thinks Do Remarkable and The Stay Golden sees them harvesting the calypso-ish genius of Animal Collective, marrying it to their always visceral sound explosions and making something quite distinctive from anything else out there, they're surely one of the most inventive rock bands in the world. It's always surprising and you're constantly wondering whether they don't have the faintest smile on their faces as they confound you at every turn. A puppet master's grin perhaps. Certainly the most self-assured rock band in the UK or Ireland right now.

Anthony Toner - Sing Under The Bridges

A change of pace from ASIWYFA that immediately shows the strength in depth of the Northern Irish music scene. Tell Me Something I Don't Know begins with bluesy swing so irresistible you'd be forgiven for thinking it was emanating from a Bourbon Street bar rather than the streets of Belfast. A poise and elegance that is quite rare, and songs full of compassion and kindness to boot.

As punk as it gets. Songs that are seconds away from offering you outside for a fight for spilling their pints. My favorite song, We Dine on Seeds, rolls at you like an angry sea, violent and vital, muscular and brutal. It's also loads of fun and makes me feel young again, and that's a feat in itself as my knees have gone and my hangovers last a week these days.

The Bonnevilles - Folk Art & The Death Of Electric Jesus

Like a stiff shot of blues. another bunch of songs like a bunch of fives. It's harder to create danger with only two members, it's amazing then that they seem more dangerous than anyone on the list. 10,000 is one of those songs you can't turn away from.

Christ, we make good rock music in Norn Iron. Didn't Wanna Come Back Home is one of the best rock singles of the last few years. And why wasn't I Won't Let You Down a single?! It's genius! An album with more hooks than a mackerel fisherman's tackle box. Then there's Graduate, another slice of shimmering pop rock glory. They'd probably not thank me for saying 'pop' but when it's this hooky, infectious and glorious there is pop in there and no mistake. Something to be proud of I'd say.

Foy Vance - Joy Of Nothing

For anyone paying attention to my twitter (and I wouldn't blame you if you don't), I have said much about this record already. Suffice to reiterate it is my favorite Northern Irish record of many years. Foy Vance is a goddarn legitimate genius and should be treasured as such. In him we have one of the greatest songwriters in the world.

Firstly just a great name for a band. Musically it's dark and seductive, it haunts you with spooky guitars and vocals that sound buried alive. There's something deeply unsettling about it, and therefore great in my book. It's gothic and ghostly and bass lines that hook you like a drug. Yes please.

Jetplane Landing name their album after advice they didn't take themselves. Unholy riffs that seem carved from mountains and lyrics spat out like punishments for the meek. Not for the faint hearted "Hey maggots, get off my turf I wrote shit like this fucking years ago!". As fighting talk goes it's pretty declarative. Showing again that Northern Ireland produces rock music as good as anywhere in the world. We also, it seems, have a lot of musicians ready to beat the crap out you. Culturally I have no idea why that would be….

Just a brilliant record. Late night on the dancefloor, some remaining bones, a few teeth and the determination to dance until you fall apart. The French influence goes beyond the name as the music drips with the sex and cigarette smoke of fine French dance music. More Camille Dalmais than Daft Punk, but maybe with the swagger of the latter if not the sound. Good Times is as good a track as anything from the world of electronic music this year.

I'd say a lot of people would know of my affection for, and friendship with, these lads so I don't want this to smack of nepotism. Nor do I want to be unfair to the guys by consciously dimming my love for their record. It's a great rock album that I listen to a hell of a lot. Also they're one of the best live bands on the two islands. There, that was democratic enough, right?

This album is gloriously weird. I love it. At times it's part Afrika Bambaataa, then Prince, then some ambient dub, then some other 80s oddness, it all sounds like early electro and hip-hop in a blender. A fascinating record that is strange and beguiling and full of exploration and intensity. Can't quite get my head around it all but that's part of the fun.

Tired Pony - The Ghost of the Mountain

Only two of them are Northern Irish. Seriously though, thanks for the nomination.

A mean and grimy good ol' fashioned southern-fried rock record. Like someone driving a flaming motorcycle through your earholes. Big riffs, big noise and big bigness. In summation, it's big. Like the Cloverfield monster started a band with the big fellas from Pacific Rim. Awesome.

I adore this band and I'm so happy to see them conquer the world. Bangor boys too, like me. We all know TDCC. No need for me to say much. One of the best bands in the world, and they're from our place. Be proud.

So there you have it. Some thoughts on the great list of Northern Irish bands that we should be delighted about. There are tons of bands not on the list (Wonder Villains, SOAK, I'm looking at ye) or those who will, I'm sure, be on the list next year. Whoever wins I wish them well, and any one of these albums is deserving for sure, but I hope (whatever you think of my comments) we take a moment to think about how far we've come as a young, relatively peaceful, free nation of music and art and we remember the dark days just enough to realise how good we have it now. Bands and artists thriving and creating in a small land ever-punching above its weight. Per capita we have more great bands than any country on the planet and we should be ever thankful for that.

As always and forever, peace and love, Gary Lightbody, aged 37, Bangor, Co. Down.